This page will include information on the Sages and their oracles, as well as what an Ancient First is; this will also list the Sages that guard the still-living Firsts, and their information.

A Sage is a unique individual with a divine Spark, awoken by an Ether and an oracle, powerful guardians of the Ancient Firsts. There is one Sage per First, and each Sage is tasked with keeping the First sealed away and asleep, closely watched in case of escape. A Sage is selected by an Ether and the old Sage's oracles by awaking a dormant Spark within them - a Sage may only be awoken by a former Sage's oracle(s), and any Realm's Ether.

Sages may have any ability, however they always have abilities of sealing and barriers, and sleep spells, control spells, and paralysis spells are common in regards to controlling their First. A Sage that normally is mortal will stay mortal, and the oracles will seek a new Sage when it is known that the Sage will soon die, most often seeking someone young; a Sage that is killed will initiate the search immediately, for an new, adult, Sage. Any Sages that are of an immortal species will stay immortal, though all are subject to death via any unnatural circumstance, such as fatal injuries or diseases.

Each Sage has one to five oracles, though the most common number is usually one to three.

An oracle, or First's Oracle, is a specific god Ward tied to a Sage that currently guards an Ancient First. They can be of any species and have any appearance, though they are always immortal (even if their species is not). They act as mouthpieces for the gods, and act as a way of direct communication between god and Sage, and are often Seers and diviners, gifted visions of possible futures and prophecies.

They can hear the gods speak in their minds, See visions that the gods send them, or can be overtaken by a god to speak directly at any time. When overtaken by a god, their voice may change, and their eyes glow very brightly with whatever color that god's reiatsu happens to be. After such an event, oracles are left exhausted, and must sleep for several hours to regain their energy.

Oracles will seek a new Sage with the help of an Ether, when a Sage has died. As they cannot sense a Spark themselves, they will find the Ether of the Realm they reside in before releasing orbs of light to help seek a new Sage. When these orbs find an individual with potential, they will split into three differently-colored orbs representing attributes or emotions - each orb differs by the oracle that sent it.

The orb that is chosen will dictate if, in that oracle's eyes, the potential Sage can become a good Sage, but any potential must have a Spark (which the oracles cannot sense). The Ether that accompanies the oracle will be able to see and unlock the Spark into a Sage, if the one the orbs have chosen has a Spark to unlock. If there is no Spark, the oracle and Ether must look for others that the orbs react to, and find one with both potential and a dormant Spark.

An Ancient First is the very first, god-created or god-changed individual of a specific species, even if hundreds upon thousands were created as a first generation afterwards. These ancient beings are slumbering, giant, powerful animals or humanoids; primordial, with views old and lost to the ways of the world currently accepted now. Some may be very similar to their race as they are now, others may be very different if a race has been built upon, evolved, or otherwise changed over the years.

The Ancients are not meant to be neutral, good or evil; they existed before these concepts did. They embody certain qualities that the gods will have come together to create and shape the world. In addition, the Ancients are experiments; they have personalities, flaws, strengths and generally represent raw emotion before experience has tempered it.

Very few of these have learned or accepted the societal rules that exist now, and some have been sleeping for thousands upon thousands of years. When awoken, they are often confused and may be frightened by the new world in which they find themselves in. Some may be driven to violence, and they're often unpredictible and chaotic in nature.

The Ancient Firsts and their stories can be found on each species info page. 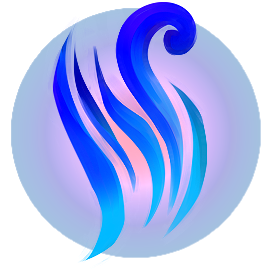 The Sage of the Auroch is a male forest-Kin xeriin with the affinity of a bull. He is tall and strongly built, with sharp green eyes and twisted horns. He is quiet and withdrawn, and abilities focus around sleep and earth elements. 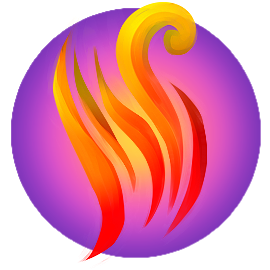 The Sage of the Elemental is a female keht'shu. She has six wings, their arms made of silver, shimmering with white energy. She is clever and cunning, and has strong reiatsu capabilities. 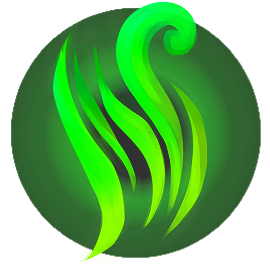 The Sage of the Elf is a female Evylonian deer. She is misty green and silver in color, with white stripes and blue eyes. She's very outgoing and jovial, and has abilities over earth elements and light. 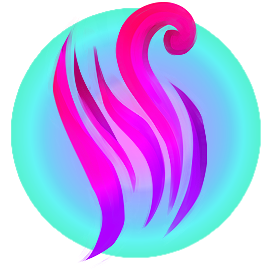 The Sage of the Eucyon is a male Vystrian wolf. His fur is black in color, with slash-shaped marks in icy blue across his eyes, down his neck and spanning the length of his back and tail. He is incredibly stern and stoic, and has abilities over the element of ice. 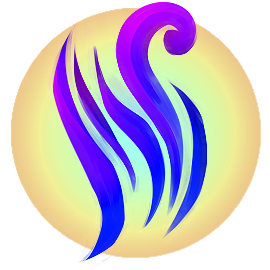 The Sage of the Imp is a female Seelie an'fae faerie. She is very small, and has fox features in the shape of her face, her hair color, large ears, a bushy tail and several places of her body covered in thick fur. She's fun-loving and gentle, and has abilities to make her First do her bidding. 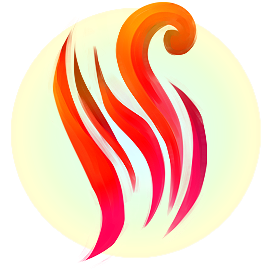 The Sage of the Kitsune is a male demon of Pestilence. He is a man with deep-set green eyes and black hair pulled back into a tight braid; most often, he wears armor most befitting a War samurai, in Pestilence colors. Nothing is known of him, save that he has extensive caging abilities. 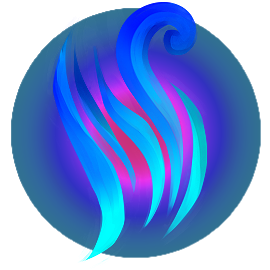 The Sage of the Kraken is a female moa'ana mermaid. She is larger in size than most of her fellows, with short-cropped hair, bright silver eyes, and the tail and fins of an orca. Calm and serene, she is known to have spells that utilize her singing voice.

The Sage of the Leviathan is a male dragon shapeshifter. In dragonform, he is built long and lanky, with black scales and a black mane, silver-blue eyes and a single pair of feathered wings; in human form, he has short black hair and often wears all black leather and vilam. He is somewhat bitter, and has the capability to warp to wherever he wishes. 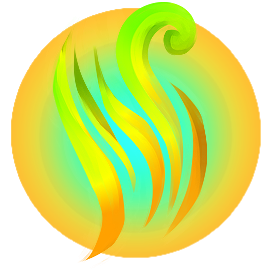 The Sage of the Nehryngi is a female hybrid Vystrian wolf and morra sin. She is a long-legged canine with a half-skull mask, scales covering her legs and belly; her colors are of blues and purples, while her eyes are a sharp red. She's often bored, and has an elemental affinity over fire. 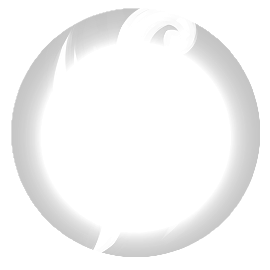 The Sages of the Nnar' are two identical twin hellhounds, male and female. Both are black in color with bright blue reiatsu, and green eyes. They are both jokers, and both have elemental affinities over light and darkness. 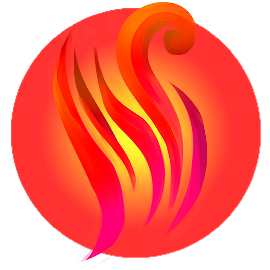 The Sage of the Phoenix is a male phoenix. He is large with broad wings, and is purple and white with yellow eyes. Known to be kind and caring, he has abilities over ice magic. 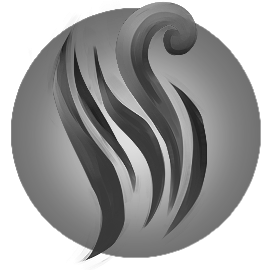 The Sage of the Sarka is a Halgian male paladin. He is tall and wears a divine metal suit of armor crafted to keep him safe from the sarka's voice; his blond hair is tied back, and his eyes are a pale brown. He is honorable and noble, and has abilities over light, barriers, and healing. 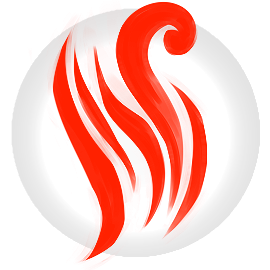 The Sage of the Undead is an old male wyvern. He is very old, with tattered silver wings and black scales, bearing bright orange eyes that glow in lack of light. Tired and grumpy, he nevertheless has a soft spot for the child he watches, and has the ability to raise the dead. 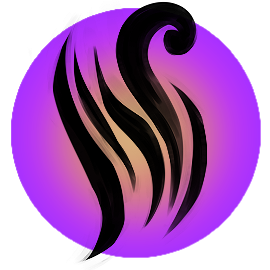 The Sage of the Vampire is an elven woman. She is a beautiful woman fair of skin and hair, with bright green eyes. She's been known to admit feelings for her vampire charge, as well as resentment over having to trick him into sealing, and has powers over strong sleep spells and sealing hexes. 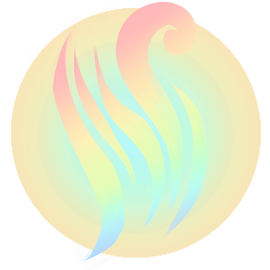 The Sage of the Xeriin is a blind myth-Kin xeriin with the affinity of a dragon. She is a pale-skinned woman short of stature, with long brown hair that brushes the ground and two pairs of brown feathered wings; a long, feathered tail flicks out behind her, and brown horns crown her head. She is quiet and soft-hearted, and her abilities are not known.