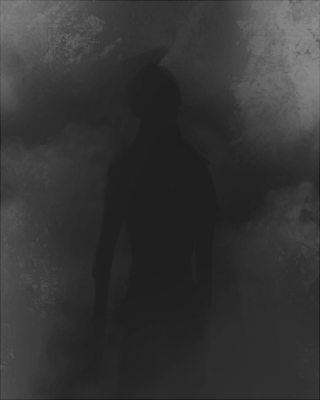 By their very nature, mimics are difficult to describe, as they possess the ability to assume the form of any creature, living or dead, and may shift at will. Each mimic has a true form - though these true forms are nearly impossible to describe, and differ from individual to individual.

Location Found:: abroad; many in Millirand.

True Form Sickness A mimic's true form is a mysterious, volatile thing, different in each individual and nearly impossible to describe. However, some mimics are afflicted with a wasting disease that takes away their ability to change forms, and slowly eats away at their spiritual energy until there is nothing left but the rotting husk of whatever their true form once was. This is thought to be a twisted version of the Contajion, though it's never been studied close enough to tell.

whatever is common to the shape they have currently taken.

whatever is uncommon to whatever shape they have taken.

whatever is rare to whatever shape they have taken.

Mimic diets are as varied as their appearances, with them changing their eating habits to suit whatever physical form they have taken. However, this only extends to physical foods. They will be unable to mimic the diets of species who feed upon energy, and must shift back into a more suitable form for sustenance.

Appearance By their very nature, mimics are difficult to describe, as they possess the ability to assume the form of any creature or race. However, unlike shapeshifters, mimics cannot shift into a shape that is their own - they must copy the appearance of an animal or humanoid that they have seen, and cannot alter it at all. The accuracy of a portrayal often depends on how long a mimic has studied the form, and how powerful the mimic is. Thus, most mimics will have things that are slightly off, such as a shade difference in eye color, hair length, height, clothing, etc.

All mimics have a 'true form' that is impossible to describe, as they are closely-held secrets and differ from individual to individual. However, a mimic's true form is thought to be vaguely humanoid in shape, and witnesses to such a sight have described them as anything from a gelatin-like substance to a mass of shadows, with few details being shared between sightings.

Very few mimics may transform into inanimate objects; these mimics may be indistinguishable from the objects they are mimicking, though may often feel 'off', and will be heavier (in lighter objects) or lighter (in heavier objects) than they actually are. Most inanimate mimics may be spotted by them moving in their item's mimicked form - such as a treasure chest serenely sliding across a rough stone floor of its own accord.

Culture Unlike most traditional shapeshifters, mimics are feral, and live in groups known as 'prides' or 'packs.' The Alpha leads these groups for life, and, upon death, this power is passed to their eldest offspring. Though sapient, mimics have a difficult time adjusting to common social norms of other species, and may devolve into more animalistic behavior if adapting to their cultural environment does not work.

While mimics have different personalities, there are strong tendencies towards being possessive, honorable, and loyal. Despite being a more animalistic, perhaps tribal race, mimics are generally not backstabbing traitors who plot to slaughter families from within. The word of a mimic is often worth more than gold, and will fulfill promises and debts tenfold in return.

Abilities The defining ability of a mimic is to shift forms and take on the appearance of any creature or person they have seen. Of course, this means their physical shape is never abstract – they cannot tweak what they see, and cannot transform into things that they have not seen. Interactions between mimics often involve sharing a few forms so that their fellows can pick up another shape. Conversely, certain shapes are prized and kept secret until the situation necessitates that they be revealed – often involving animals that are either endangered or extinct.

It should be noted that there are many limitations to mimic abilities. Mimics maintain the same total weight and power as their true forms – and since the weight is the same, large creatures are very light in comparison to their real counterparts, and are often much physically weaker. Larger forms take up more energy to hold/maintain, and weaker mimics cannot hold larger forms. Shifting forms does not grant the mimic any of the form's abilities – it is simply a change in appearance, and purely aesthetic. Lastly, a mimic's power is also reflected in its attention to detail; powerful mimics appear to be carbon copies, while lesser mimics may have errors or lack certain minute details in their copied form.

In combat, mimics rely on tooth and nail to fight and will not use man-made weapons, as such things are awkward and difficult to master by a mimic even in humanoid form. Magic can be harnessed by mimics in many degrees, but such magic is not affected by changes in form, and often is not overtly strong.

Mimics that may transform into inanimate objects are not able to change into large or powerful beings, granting them significantly less power than their organism-imitating counterparts.

The seas have always been a fickle domain, as has their master, Sago. Although lacking in malice, the god’s mischief inspired him to create a new species, once which would not be what it seemed. To that end, he secluded himself in a secret place, beyond the sight of the other gods, intending to create a species that would make for perfect spies.

There, in that secret location, he set to work, forming a strange creature that was capable of taking on many myriad shapes. Its abilities remained much the same, save for whatever physical attributes its shapes might grant it, be it flight, the ability to breathe underwater, or similar abilities.

What the First Mimic looks like in its true, natural state, Sago only knows, and with his penchant for mischief, he kept this a secret unto himself. But, whatever its true form might’ve been, it swiftly took the shape of a dolphin in imitation of the Aspect shape Sago had assumed when he created it, and went out into the Realm. However, instead of being set to spy, Sago allowed the mimic to choose its destiny for itself.

Pleased with his new creation, and the consternation it caused among the peoples of Millirand, Sago crafted more of the creatures, and spread them across the Realms, steadfastly refusing to reveal what the mimics looked like in their natural state. Eventually, even Gaz’in reluctantly gave up trying to coax that knowledge out of Sago after receiving several different, increasingly outlandish descriptions.

Largely left to their own devices, the mimics formed packs of their own kind, and developed a few preferred shapes for themselves. Some of these packs took to living among other species, hidden among them until they shifted forms, often to the discomfort of other races. Sago was content to leave them to live their lives by their own will, with only the occasional bit of guidance.

This Ancient First was a mimic who, crafted by Sago, quickly took the form of a dolphin. Consumed with curiosity and a desire to learn, he changed shape often, with only his eyes - a rare shade of blue seen only in shallow southern waters - remaining the same. His long life and freedom led to an unparalleled knowledge of the world, to such a degree, in fact, that some whisper he shaped the movements of lesser gods.